Jarrod Stoller graduated from Indiana Tech in 2002 with a Master of Business Administration after earning a Bachelor of Science in Mechanical Engineering from the university in 2000. He is the subject of this issue’s Giving Back/Making a Difference feature.

Jarrod Stoller’s relationship with Indiana Tech began in 1996. He wanted engineering to be his field of study and he had heard nothing but positive things from his friends at the university, so Indiana Tech seemed to be a perfect fit.

Having grown up around agriculture, he developed a strong work ethic at a young age, thanks to his father. At the age of five, he started working for his father’s business on their chicken farm, helping process eggs for transport. His reward consisted of his favorite food at the time, the now bygone MexiMelt from Taco Bell. Several years later in junior high and throughout high school, he mixed grass seed for a family business. 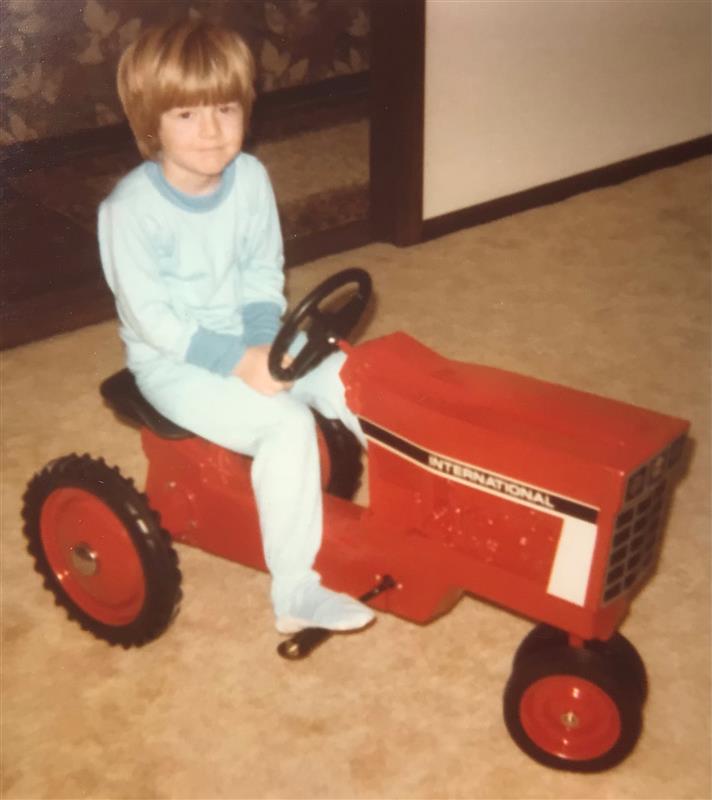 “I think having a meaningful involvement in business helped me develop a strong work ethic early and understand that work is a part of life,” Jarrod said.

In junior high, Jarrod also started showing cattle in 4-H and cared for a small herd throughout high school and college. One of his deciding factors to come to Indiana Tech was that it was local so he could continue caring for his cattle. However, it also offered small classroom sizes, had a positive reputation and it was a very personal environment. Jarrod initially considered veterinary sciences, but eventually felt that engineering was a better fit.

“I always did pretty well in math and science. My dad and I talked about engineering and how it was a versatile degree that you could do a lot with,” he said. “In addition to that, staying local allowed me the time to tend to my cattle.”

Jarrod feels that the combination of knowledge from his mechanical engineering and business degrees and his hands-on work experience provide a well-rounded background to help his business and its customers. He also credits many of his relationships formed at Indiana Tech and the self-belief he developed there.

“Attending Indiana Tech reinforced my belief in myself and it allowed me to meet some really great faculty that were excellent role models. I think their dedication to help others is what inspires me to do the same. People like Steve Dusseau and Jeff Walls are great people who were really invested in helping me and the other students to be our best. They were very selfless and I see many characteristics in them that I’d like to emulate.”

Stoller has also been inspired by “The Intentional Legacy,” written by David McAlvany. Legacy is something that is not built overnight, and it extends well beyond the financial realm. Jarrod said that McAlvany talks about the idea of legacy and how maintaining legacies over time must be done by making decisions intentionally.

Generations can build, prosper and fail within this cycle of legacy, depending on the choices they make. As Jarrod sees it, “Our purpose is to invest in others and the future, plus it’s much more fulfilling than being recognized for something temporary in the present. Staying true to your values and helping others be the best that they can be is much more rewarding.”

Stoller is now a Technical Sales Manager at Therma-Tru in Maumee, Ohio, having started as an engineer in 2004. Therma-Tru introduced the fiberglass entry door used in many houses today, and Jarrod has been able to apply his degrees from Indiana Tech to his work both internally and externally as he provides training and technical consultation to customers.

Stoller is humbled by his experiences at Indiana Tech and he wanted to invest in the future of the university and future generations to come. He gives back to Indiana Tech in part because he was given so much while attending the university. A recipient of the Keene Scholarship (President’s Scholarship), Jarrod knew that he was given financial support for his dreams, so he wanted to invest in the generations to come, in order to build, prosper and grow in the process of innovation and creation. To that end, he has worked with Indiana Tech to create the Enduring Legacy scholarship, hoping to encourage students to continue to finish their degrees and invest in their lives after college.

“Being a recipient of the Keene Scholarship myself, I had often thought of sponsoring a scholarship. I had a somewhat unique idea for a scholarship that increases with time, with the hope that it will encourage students to continue and finish their degrees. Indiana Tech was receptive to this and was able to set it up accordingly.”

Jarrod is also a new member of the Board of Trustees, starting his term in July 2021. Jarrod said that you cannot force opportunities to come along, but sometimes if they do, you need to take them if you feel led to.

Indiana Tech thanks you, Jarrod.