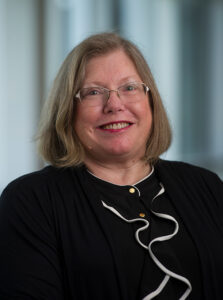 Debbie Warren has lived a career path that many dream of, but only few end up on–from starting her career in college athletics as an administrator with alma mater, the University of Mount Union, in 1980, to a 16-year career at the University of Alabama Department of Athletics, where she rose to the ranks of a senior associate director of athletics, to multiple stops as the director of athletics across all levels of collegiate athletics, including the last five of her 40-year career at Indiana Tech.

Warren has been instrumental in every athletics department that she has been a member of, and the last five years at Indiana Tech have been among the most fruitful in terms of national recognition. In March, she was one of four directors of athletics in the NAIA, and one of just 28 across all levels of college athletics, to be named a recipient of the National Association of Collegiate Directors of Athletics (NACDA) Under Armour AD of the Year (ADOY) Award. Warren is the first Indiana Tech AD to garner the national award and was set to be recognized at the NACDA Annual Convention in Las Vegas, Nevada, in June before the COVID-19 pandemic caused its cancellation.

In May, she was honored by the Wolverine-Hoosier Athletic Conference (WHAC) as its recipient of the 2019-20 Terry Bocian Athletics Director of the Year, presented by Kuhn Specialty Flooring, at the conference’s annual spring meetings that took place virtually. She became the first female AD to win the annual WHAC award and just the second winner from Indiana Tech.

Indiana Tech President Dr. Karl W. Einolf tabbed Warren as the recipient of the 2019-20 President’s Medal, given annually in honor of one’s service to the community, at the university’s Celebration of Service event in May.

Warren was a key figure in taking the Department of Athletics to new heights upon arriving in the Summit City in July 2015, as six teams won national championships, 19 student-athletes claimed individual national titles, over 30 teams qualified for postseason play and 300-plus student-athletes garnered All-America Team accolades. Tech won the Fred Smith WHAC All-Sports Trophy three years running prior to the cancellation of the 2020 spring sports seasons due to COVID-19, and had finished in the top-10 of the Learfield IMG Directors’ Cup Standings four years running, cementing the Warriors place as a powerhouse at the conference, regional and national levels.

While the Indiana Tech Department of Athletics had its normal routine put on hold in mid-March with the cancellation of winter championships and spring sports seasons, several student-athletes and teams were recognized for their success both in the classroom and in the field of play, for the 2019-20 school year.

Hayashi (awarded to a senior who promotes a Warrior Pride attitude and excels in both academics and athletics; nominated by coaches and decided by athletics administration staff). The winners of the Hayashi Award were Jordan Reyes (men’s lacrosse) and Rachel Bell (women’s basketball).

Ultimate Warrior (symbolizes the student-athlete you want on your team; the one who goes all out in every practice/game/match/race/round/competition/etc; if you had multiple of them on your team it would make you and your teammates better; nominated by each head coach). The Ultimate Warriors were: 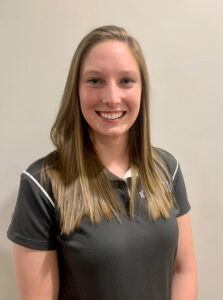 Mariah joined Sports Information Director Tyler Stevenson in the athletics communications office in July. She will help the five-year veteran SID with all aspects of Warrior sports information, including compiling statistical information at all home varsity events, maintaining the athletics website, www.indianatechwarriors.com, with rosters, schedules, records and other data, coordinating social media coverage and serving as a liaison to the media. Mariah comes to Indiana Tech following a two-year stint as athletics communications graduate assistant at Assumption College, an NCAA Division II institution in Worcester, Massachusetts, where she graduated with her MBA in May.

Originally from Greenwich, New York, Mariah graduated from Castleton University, an NCAA Division III school in Castleton, Vermont, in 2018 with a degree in sport management and was a student worker for the sports information department. A member of the Spartans field hockey and women’s basketball teams during her four years, she received NFHCA Academic Squad and NAC All-Academic Team honors as a junior and senior.

What would you be doing if you were not coaching/working in college athletics? – Being a stay-at-home dog mom.

Who would play you in a movie? – Blake Lively.

Best athletic moment? – Winning State in high school for softball in my sophomore year with my older sister who was a senior.

Who’s coming to Fort Wayne with you? – Nick Scott (boyfriend) and Mookie (my dog).

What are you most looking forward to at Indiana Tech and/or Fort Wayne? – Exploring a new city and getting to know all of my coworkers and become part of the Warrior family. 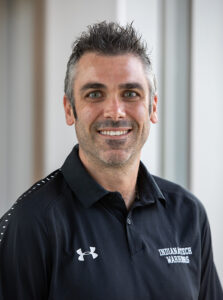 In May, the Indiana Tech Department of Athletics chose Scott Hicks to be the inaugural coach for the university’s women’s ice hockey program. Hicks has begun recruiting players for the team, which will begin competing in the 2021-22 season in the American Collegiate Hockey Association (ACHA), which is also the governing body for the men’s ice hockey programs.

Scott comes to Fort Wayne following a successful decade at ACHA Division I powerhouse Miami University (Ohio), where he started the RedHawks program from scratch in 2011 and led the team to three ACHA Division I National Championships. Over his 10 years in Oxford, he compiled a 155-66-19 (W-L-OTL) record while taking his team to the national championship game four times and making six straight appearances in the national tournament semifinals.

Hicks served as the vice president of the ACHA Women’s Division and co-director of the ACHA National Tournament from 2014 through 2020; he was instrumental in the growth of the women’s division. He has coached the USA Hockey World University Team three times (2015, 2017, 2019), winning a bronze medal at the 2017 World University Games and been involved with a number of USA Hockey camps over the last few years.

He graduated from Northern Kentucky University in 2008 with a degree in liberal arts.

The women’s wrestling team will embark on its first season in the 2020-21 year and will have a conference home in the Mid-South Conference, home to some of the best women’s wrestling programs in the country. Being in a conference gives Indiana Tech the best option to qualify for the NAIA National Invitational and gives student-athletes the best possible experience.

One of the first moves for new Director of Athletics Jessie Biggs was to get a department-wide apparel deal for the 26 Warrior sports; an agreement was signed in early June with BSN Sports and NIKE to bring the swoosh to Tech Athletics. Read the full story on our athletics website.