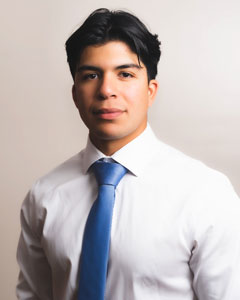 When Israel Vaides was researching colleges, he chose Indiana Tech because of its solid sport management program and its connections with Fort Wayne’s successful minor league sports franchises. It was a well-thought-out choice.

Israel was able to intern with the Fort Wayne Komets, one of the oldest hockey teams in the United States. The Komets provided a nurturing environment for him; one where he could pursue his passion for creating inspiring video content and excel at it.

In June 2022, Israel parlayed his expertise into what he calls his “dream job”—as creative videographer/editor with the Tennessee Titans of the National Football League.

“My job consists of editing and shooting videos for all of our social platforms, with an emphases on creative concepts and effects. I also edit during games for quick turn around content,” Israel said. “I knew I wanted to work in this field—specifically this role—because there is nothing like sports. Sports bring millions of people together every day to cry, scream, laugh and yell for their favorite teams and players. My content helps ignite those feelings in the fans, and when it occurs, the feeling is very rewarding.”

For professor Craig Dyer, lead of Indiana Tech’s sport management program, it was no surprise Israel was able to land this impressive position. 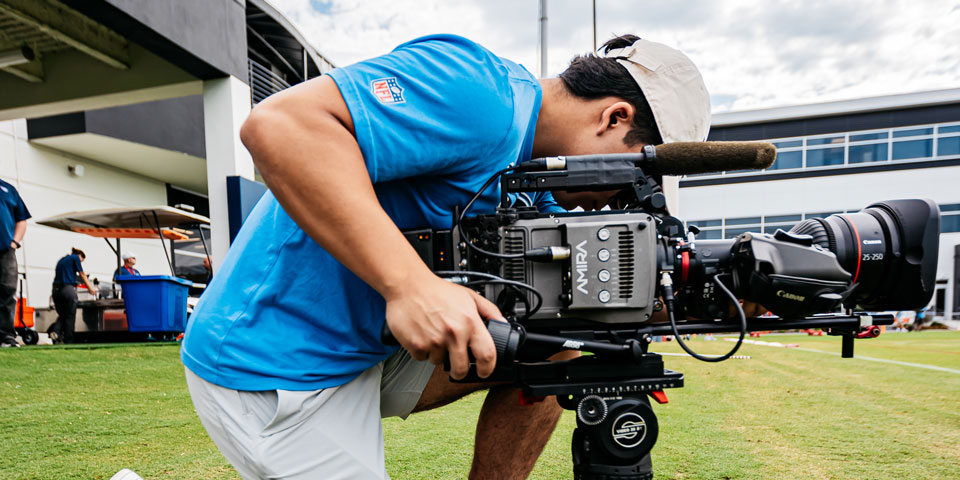 “We hear about great athletes putting in the time and effort to develop their craft to become better at their chosen sport. Well, that is exactly the approach Israel took in regard to developing his video production skills,” professor Dyer said. “He put in a tremendous amount of time and effort, asked for advice and surrounded himself with knowledgeable people who could help him flourish. Israel sought out and took advantage of every project and opportunity that was presented to him.”

Making those professional connections came easy for Israel thanks to the university’s student-first culture.

“The professors at Indiana tech have a very personal touch when teaching the curriculum; a personal touch can only be found in universities where professors are more willing to interact with their students and don’t have rooms full of 100-plus students. Indiana Tech’s small class sizes allowed for these types of interactions, which benefited me when I was seeking advice or help.”

For professor Dyer and assistant professor of sport management, Dr. Shane Fudge, watching Israel ascend as a professional to a big-league team is a huge victory for Indiana Tech’s program program.

“It’s hard for me to quantify how impressive an accomplishment it is for someone to go right out of school into a position with a professional sports team—it is a level that some people work forever to achieve and never do,” Dr. Fudge said. “What Israel has achieved is invaluable for motivating current and potential students. They see that buying into what our program is about can help you develop the skills to get you to the big-league level.” 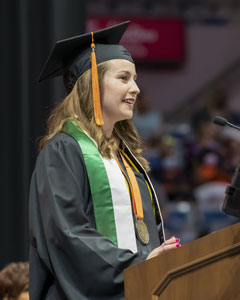 In spring 2021, Victoria Raffle received the scariest news of her young life. She was diagnosed with Hodgkins lymphoma, a type of cancer that affects one’s lymphatic system. Just over 12 months later, during her commencement address to Indiana Tech’s graduating Class of 2022, the Wrexham, Wales, native announced she was cancer-free and embarking on a professional journey of a lifetime.

What a difference a year makes.

Victoria, who graduated with a Bachelor of Science in Business Administration concentrating in human resources and sport management, became tour administrator for the Ladies European Golf Tour (LET), which is based in Buckinghamshire, United Kingdom.

“I got the job during the period when I was ill at home,” said Victoria, who continued to attend school online while she battled her illness. “I connected on LinkedIn and was lucky enough to get an interview from that connection. It took me by surprise when they called and offered me the position.”

Since then, Victoria, a four-year member of Indiana Tech’s women’s golf team, has gotten to organize LET tournaments in various parts of the world including, Australia, Thailand, South Africa and Saudi Arabia.

“I am so incredibly proud of Victoria and her outstanding accomplishments,” said Dr. Jeffrey Walls, professor of business. “In the world of golf, this position as event coordinator is truly a phenomenal dream job with unmatched networking opportunities. I am confident she is doing an outstanding job and making those responsible for hiring her look very, very good.” 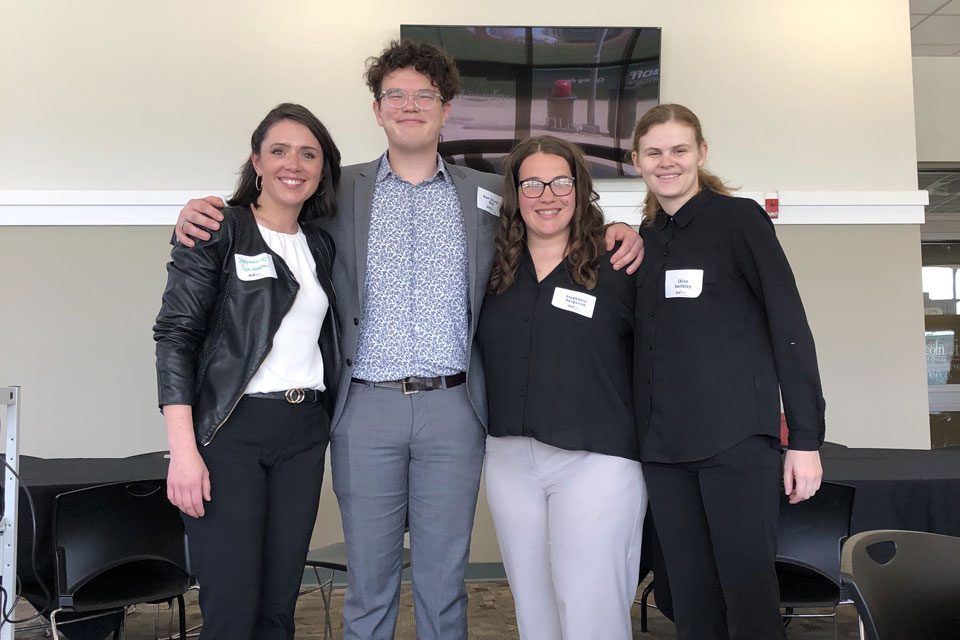 Three Indiana Tech sport management majors got an opportunity to network with Stephanie Pemberton, vice president of marketing for the Indianapolis Colts, during an American Advertising Federation of Fort Wayne event in April. From left to right is Pemberton and Warriors Trey Dill, Stephanie Vargovich and Chloe Smithley. 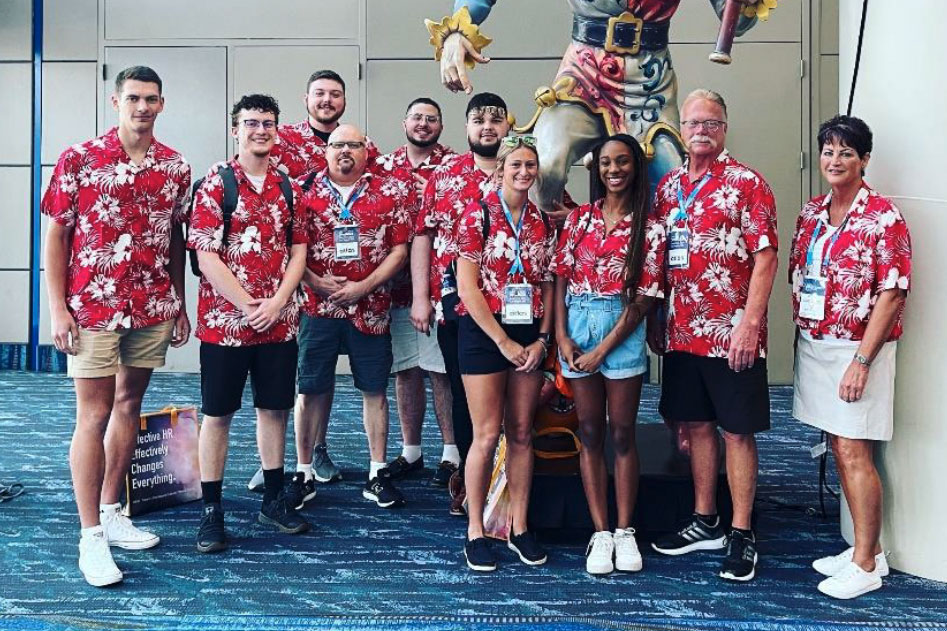 In June, Dr. Jeffrey Walls, professor of business, and a new group of aspiring human resources professionals, made the annual trek to the Society for Human Resource Management national conference—this time in New Orleans. As has become tradition, Dr. Walls and his guests did not disappoint by donning their Traditional Sunday Walls Shirts upon arrival. Each year, Dr. Walls purchases matching Hawaiian shirts for his group to wear on the opening day of the conference. The keynote speaker for this year’s conference was former President George W. Bush. 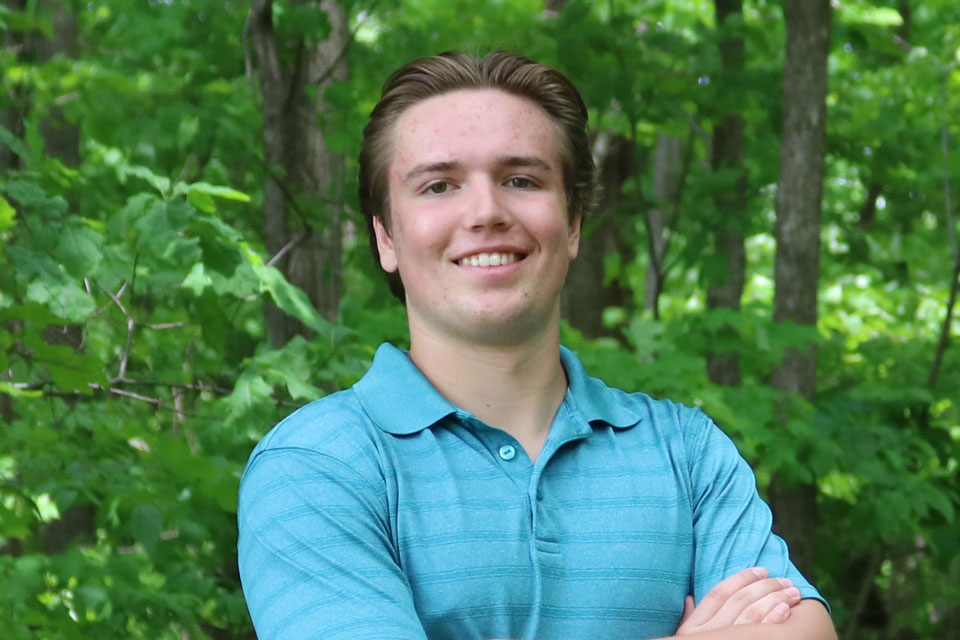